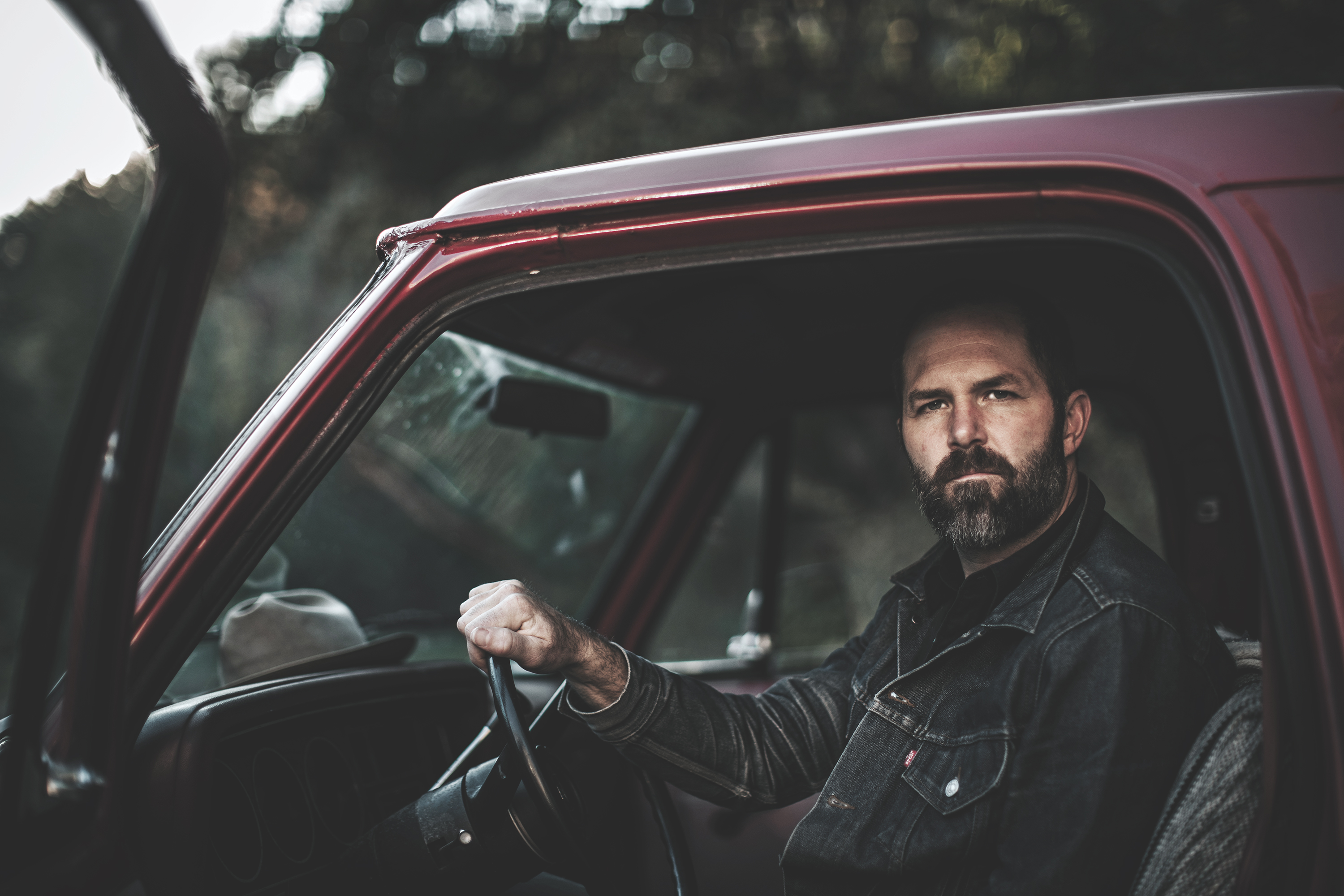 BLOOD BROTHERS, the much-anticipated follow-up to Jeffrey Foucault’s critically acclaimed 2015 album Salt As Wolves (“Immaculately tailored… Sometimes his songs run right up to the edge of the grandiose and hold still, and that’s when he’s best… Close to perfection” – New York Times; “Pure Songwriter, simple and powerful” – Morning Edition, NPR) is a collection of reveries, interlacing memory with the present tense to examine the indelible connections of love across time and distance. The poet Wallace Stevens wrote that technique is the proof of seriousness, and from the first suspended chord of ‘Dishes’ – a waltzing hymn to the quotidian details of life, which are life itself (‘Do the dishes / With the windows open’) – Foucault deftly cuts the template for the album as a whole, showing his mastery of technique as he unwinds a deeply patient collection of songs at the borderlands of memory and desire.

In two decades on the road Jeffrey Foucault has become one of the most distinctive voices in American music, refining a sound instantly recognizable for its simplicity and emotional power, a decidedly Midwestern amalgam of blues, country, rock’n’roll, and folk. He’s built a brick-and-mortar international touring career on multiple studio albums, countless miles, and general critical acclaim, being lauded for “Stark, literate songs that are as wide open as the landscape of his native Midwest” (The New Yorker), and described as “Quietly brilliant” (The Irish Times), while catching the ear of everyone from Van Dyke Parks to Greil Marcus, to Don Henley, who regularly covers Foucault in his live set. BLOOD BROTHERS is the sixth collection of original songs in a career remarkable for an unrelenting dedication to craft, and independence from trend.

Cut live to tape in three days at Pachyderm Studios in rural Minnesota, BLOOD BROTHERS reconvenes Salt As Wolves’ all-star ensemble: Billy Conway on drums, Bo Ramsey (Lucinda Williams) on electric guitars, and Jeremy Moses Curtis (Booker T) on bass, joined this time out by pedal steel great Eric Heywood (Pretenders) to unite in the studio both iterations of the band with which Foucault has toured and recorded for over a decade. Charting a vision of American music without cheap imitation or self-conscious irony, the ensemble deploys an instinctive restraint and use of negative space, an economy of phrase and raw simplicity that complement perfectly Foucault’s elegant lines and weather-beaten drawl.

As noise and politics, fashion and illusion obtrude on all fronts, BLOOD BROTHERS takes a deep breath and a step inward, with tenderness and human concern, paying constant attention to the places where the mundane and the holy merge like water. In language pared to element, backed by his world-class band, Foucault considers the nature of love and time in ten songs free of ornament, staking out and enlarging the ground he’s been working diligently all the new century: quietly building a deep, resonant catalogue of songs about about love, memory, God, desire, wilderness, and loss.

NEW YORK TIMES: “Immaculately tailored… Sometimes his songs run right up to the edge of the grandiose and hold still, and that’s when he’s best… Close to perfection”

GREIL MARCUS: “A country plea, a blues reach for facts beyond sound, the sense of immediate doom that only a slide guitar can make in its hesitations, its sense of suspension that seems to hold everything a step behind where it ought to be… scary in the bend of the first note”

DON HENLEY: “Jeffrey Foucault… clocks modern culture about as good as I’ve ever heard anybody clock it”

THE NEW YORKER: “Jeffrey Foucault sings stark, literate songs that are as wide open as the landscape of his native Midwest”

UNCUT: “The music of Wisconsin native Foucault is the kind so many aspire to but never attain: beat-up troubadour folk whittled to dolorous perfection”

Izzy Heltai is an indie-folk singer-songwriter who puts a unique twist on traditional story-telling. Based out of Northampton, Massachusetts, Izzy’s songs reference specific images while simultaneously addressing broader universal truths, often inspired by the natural beauty of Western, Massachusetts.

“A voice that is equal parts gruff, sandpapered scratches, unfiltered and open just enough to let the story out and smooth,” says redline roots, Izzy’s songs are unmistakably his own, with a strong emphasis on the nuanced dynamics of his voice. With complex melodies and playful wordplay, Izzy’s work sounds unlike anything you’ve heard before but is still guaranteed to get stuck in your head.