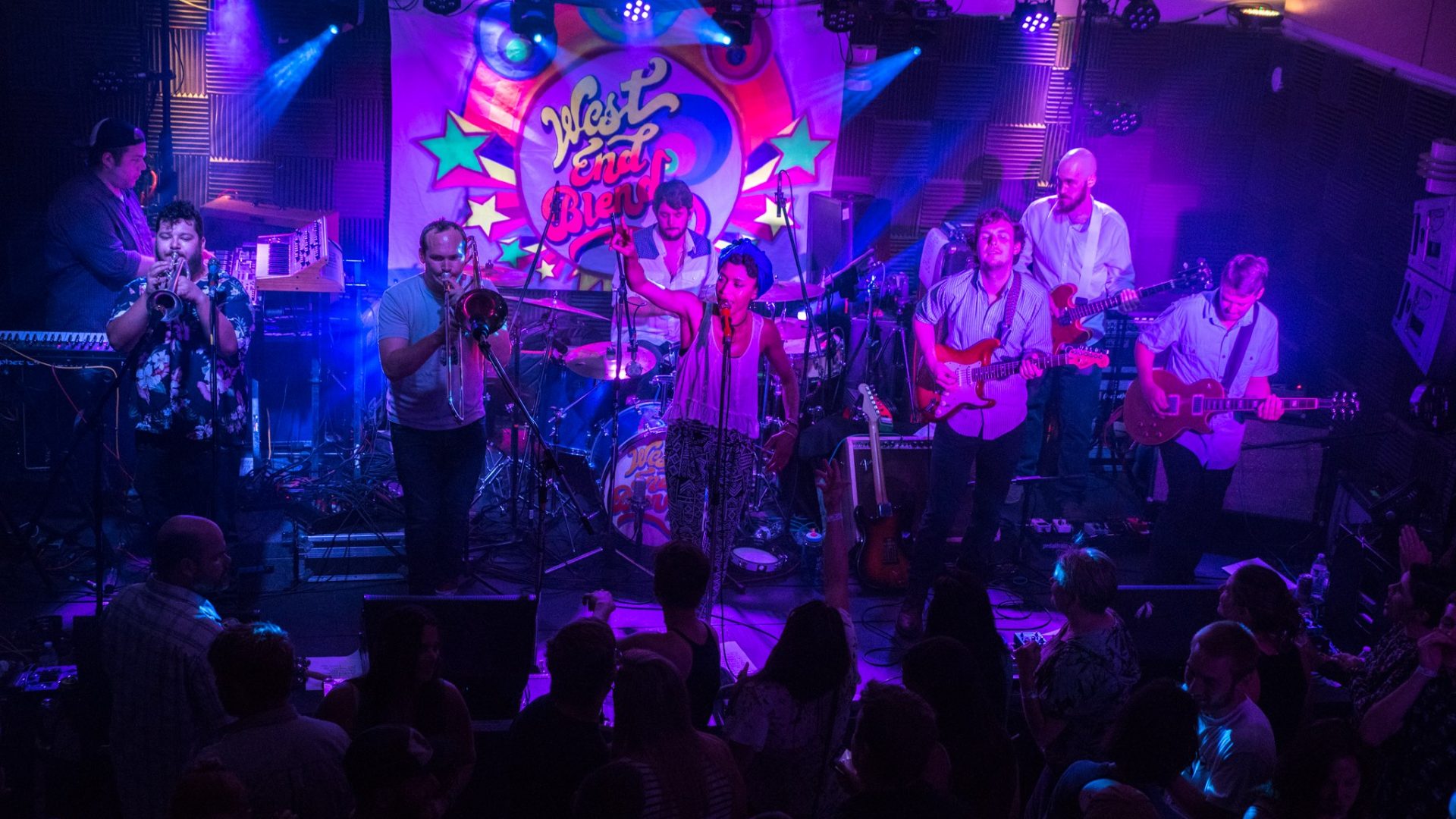 West End Blend returns to Hi Lo North Adams on 3/27 for one night only. Don't miss out on this funk-fueled RAGER! And to top it all off, they're doing

West End Blend returns to Hi Lo North Adams on 3/27 for one night only. Don’t miss out on this funk-fueled RAGER! And to top it all off, they’re doing a second set of Stevie Wonder covers!

Since their conception, CT-based Funk/Soul band West End Blend has been playing their version of Funk and Soul in venues all over the Northeast and beyond. Fronted by vocalist Erica T. Bryan, the band pays homage to classic throwback sounds while adding their own distinct vibe and flair. Behind her, the Blend packs two guitars, a two-piece horn section, bass, keyboards and drums onto stages every night. From humble beginnings in an epic and sweaty basement dance party, The Blend’s goal has always been to bring that same atmosphere to their shows ever since.

West End Blend has shared the stage with Charles Bradley, Turkuaz, members of Snarky Puppy and Lettuce, Break Science, Kung Fu, Twiddle, Sister Sparrow & the Dirty Birds, The Nth Power, The Motet and countless others Jam/Funk staples. Their horns have also been featured as special guests with bands such as Dopapod, Pigeons Playing Ping Pong, Twiddle, TAUK and more. West End Blend has begun to take their dance party to cities around the US so be on the lookout for when The Blend comes to your town.