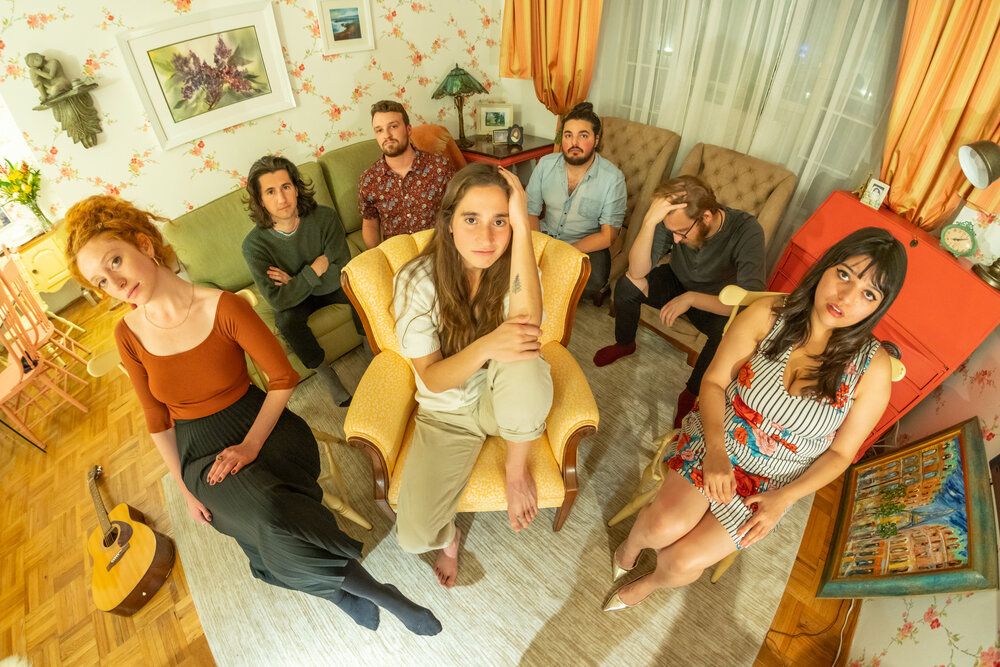 Dirty Bird hails from the concrete woodlands of New York City, and consists of Christie Belanger, Melissa Escudero, Natasha Thweatt, Nick Katz, John Crisan, Eli Greenhoe and Blake Suben. Though the band is young, each member has spent his or her life grounded in music. With roots going back to New York’s renowned arts school LaGuardia High School, the members of Dirty Bird reconnected in 2016, and in true New York style bring a wide variety of musical backgrounds—ranging from jazz to bluegrass to classical—together in one vibrant and wholly original folk sound.

Since forming, the band has presented powerful performances to venues including Bowery Ballroom, Mercury Lounge, Mass MoCa and Radio Bean, and the Northside Music Festival. Dirty Bird brings both new and long-devoted audiences intimate, poetic lyrics charged by three-part harmony and lively, distinctive arrangements. Soulful, harmonious, and ever-evolving, Dirty Bird’s music redefines what it means to be a folk band.

A HiLo regular and one of our favorites, Izzy comes back to the stage after completing recording on the first full-length album thanks to a successful Kickstarter.

Izzy Heltai is an indie-folk singer-songwriter who puts a unique twist on traditional story-telling. Based out of Northampton, Massachusetts, Izzy’s songs reference specific images while simultaneously addressing broader universal truths, often inspired by the natural beauty of Western, Massachusetts.

“A voice that is equal parts gruff, sandpapered scratches, unfiltered and open just enough to let the story out and smooth,” says redline roots, Izzy’s songs are unmistakably his own, with a strong emphasis on the nuanced dynamics of his voice. With complex melodies and playful wordplay, Izzy’s work sounds unlike anything you’ve heard before but is still guaranteed to get stuck in your head.