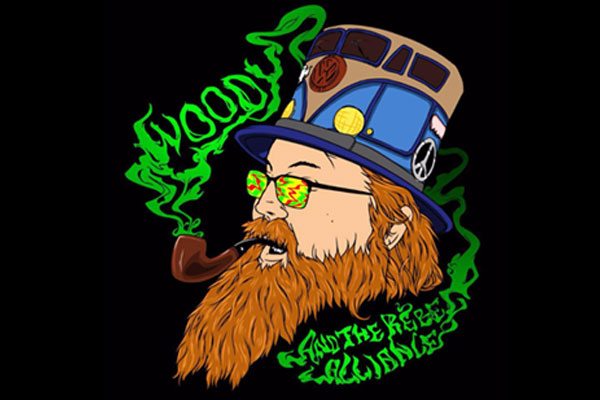 Blasting out of the woodsy confines of the Berkshires like a love slug from the gun of life is Rebel Alliance, a musical revelation that isn’t afraid to cull the

Blasting out of the woodsy confines of the Berkshires like a love slug from the gun of life is Rebel Alliance, a musical revelation that isn’t afraid to cull the tedious excuses of modern day music and spark a cultural transformation. With deep influences in reggae and improvisational jam rock, it is safe to say that The Reb help carry the revolution to the stage and, ultimately, to the fans. During their live performance you can feel an increasing essence of family which compels you to reach a hand out to a troubled stranger. But their music goes beyond lyrics and notes, beyond the love of kin and kith, beyond the cozy limits of a fixed description. It is a universal blueprint for society as a whole. As a band sheathed in unending positivity, they’re armed with an ardor that is able to form a permanent wrinkle in the status quo. Consider them the ambassadors of Ragetown, set to slay the dark lords of demoralization and malevolence with their tight grooves and valuable rhetoric.

Dead Electric Forecast is Berkshire county’s up and coming rock/jam band. Founded in 2017, their set involves original music and certain covers that hold a basis for improvisation.

Steve Bilodeau is known most notably as the lead singer and frontman of the Berkshire based jam band the Longview Gunslingers. Born in eastern Ma., raised in Berkshire County, Steve currently resides in the Pioneer Valley. Performing regularly as a singer/songwriter he brings a uniquely soulful voice, paired with brutally honest, uplifting lyrics. He is a high energy performer who bleeds his songs. He will be performing a full set of songs played and written by the Longview Gunslingers.