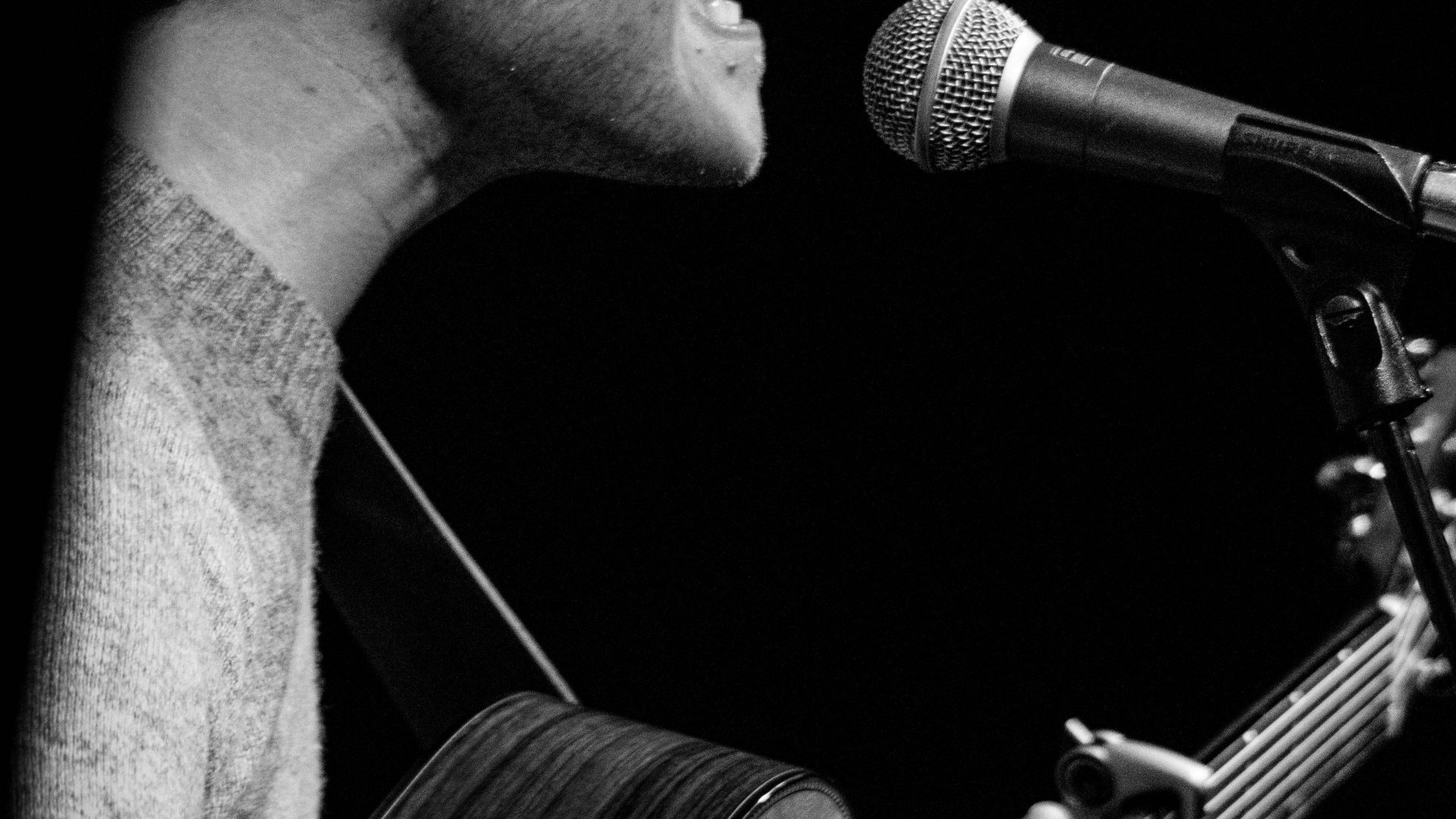 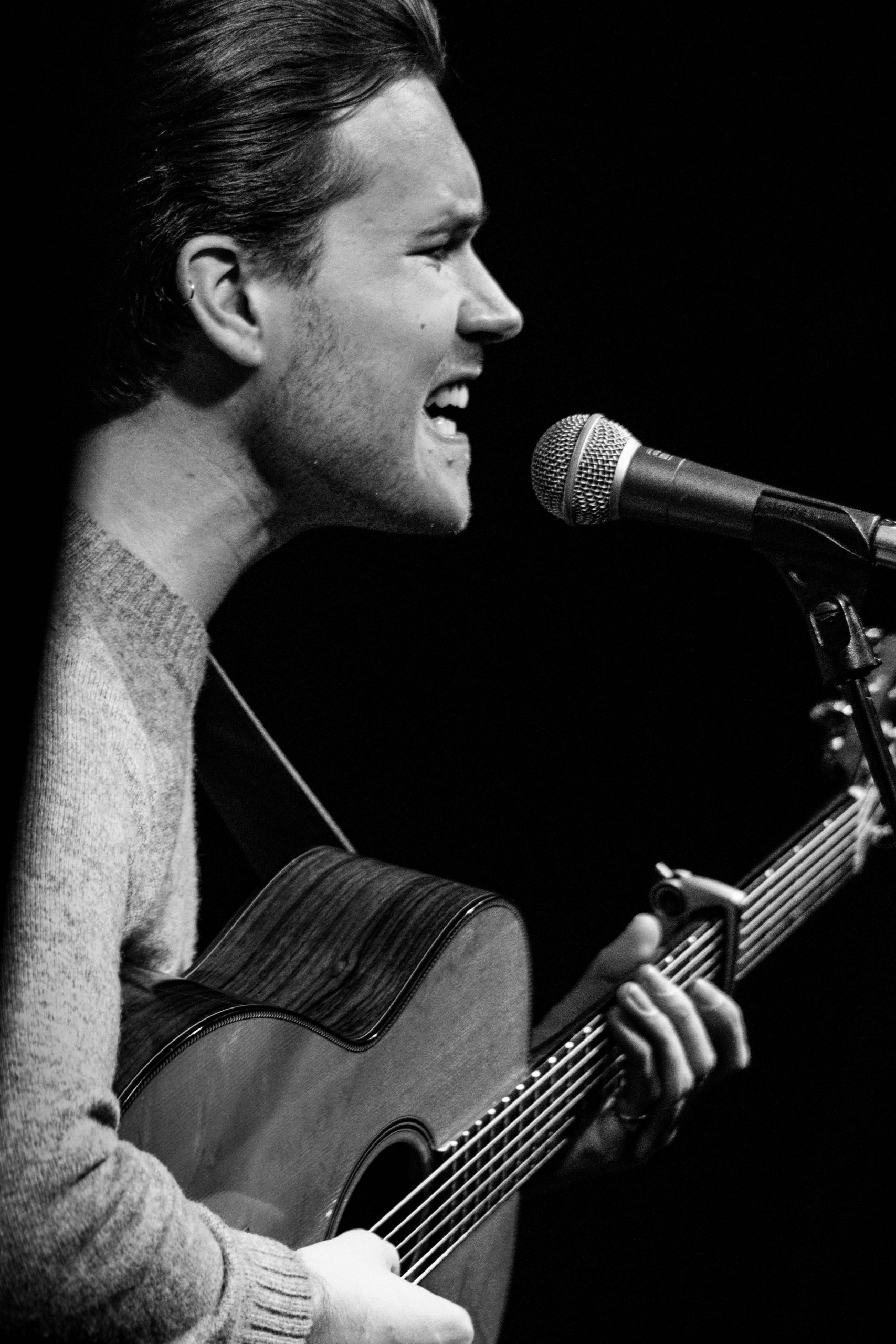 Luke Jackson is an un-pidgeonhole-able (is that a word?) singer songwriter who has travelled a fair few thousand miles around the British Isles, initially with his dad Paul

Luke Jackson is an un-pidgeonhole-able (is that a word?) singer songwriter who has travelled a fair few thousand miles around the British Isles, initially with his dad Paul into pubs and bars, well run house concerts and more recently into folk & blues clubs, venues and festivals.

Luke’s songwriting draws on his experiences, family life, poignant stories he’s been told and fortunately, they’e all written in English as in his own words, he’s dreadful at languages!

His performance style and songwriting skills are constantly developing and improving as confirmed by him winning the Male Artist Of The Year from Fatea in 2014 and 2016 and being nominated in 2013 for the BBC Radio 2 Folk Awards Best Emerging Talent and Young Folk Categories.

An accomplished performer who impresses from the outset and takes his audience on a shared journey with a full bus down the bye-ways of love, hope, sorrow, and melancholy via the service stations of folk, roots, blues, Americana and soul.

Playing solo, as a duo with Andy Sharps or as a trio with Elliott Norris, he regularly tours Belgium, Netherlands, Germany and all points of the UK as well as showcasing at the International Folk Alliance conference in Kansas, a residential songwriting train journey from Halifax, Nova Scotia to Montreal, Ontario in Canada.

Luke can fill rooms, with people leaving after the concert feeling refreshed and impressed by the ‘originality’ of the sound and shocked with how ‘full’ and ‘complete’ the trio sound with three part harmonies and the ability to have the crowd, clapping, stomping and singing along.

Luke’s journey has been eventful – his travels have seen him open for Fairport Convention, Glen Tillbrook, Show of Hands, Martyn Joseph, Paul Brady, Seth Lakeman, Marillion, Karine Polwart, and The Oysterband among others, with the odd mishap along the way such as when he once fell over very slowly and awkwardly in the middle of an airport. He didn’t find it funny, however his bass player Andy really did.

Always wanting to stretch himself and entertain his audience, Luke did once cover a Michael Jackson song and went for the classic MJ kick … but just put his size 9 boot through his mic stand and knocked it over! but has since perfected the art of a flawless performance, whether it’s his own original material or a well chosen and executed cover such as Prince’s Purple Rain. A long way from his first cover song in front of an audience which was House Of The Rising Sun at his Primary School leavers assembly!

Journals is a collection of songs recorded over a 1 year+ period, to get the best, most organic sound.

The songs are freshly penned for this album and feature Luke’s trademark story telling style along with social commentary and topical subjects also. All mixed and performed to produce his best work to date.

His debut album ‘More Than Boys’, produced by the acclaimed Welsh Singer-Songwriter Martyn Joseph, was released in 2012 to great reviews, as was the follow up ‘Fumes and Faith’ in early 2014.  In 2015 he released a 7 track EP with his trio, ‘This Family Tree’, which was described in a 5 star Maverick review as ”Two words. Bloody brilliant” and it further reflected his development as both a writer and performer

November 2016 saw the release of Luke’s 3rd full studio album, “Tall Tales and Rumours” to universal critical acclaim, which Maverick, in a 5 star review, described as “a brilliant, thoughtful album – Jackson shows talent beyond his years”.  Whilst Acoustic Magazine noted “Jackson has been compared to a young Richard Thompson and for once these are not empty words”

In February 2018 Luke put out his first live album ‘Solo:Duo:Trio’ which again has been enthusiastically received, with Mike Harding noting “That’s got to be one of the most faultless live recordings ever in my opinion- he’s a great songwriter with a great voice and boy can he sing the blues”

Luke is an ever present in the live music scene, gigging relentlessly all over, and he remains a prolific songwriter in demand across the United Kingdom and Europe.