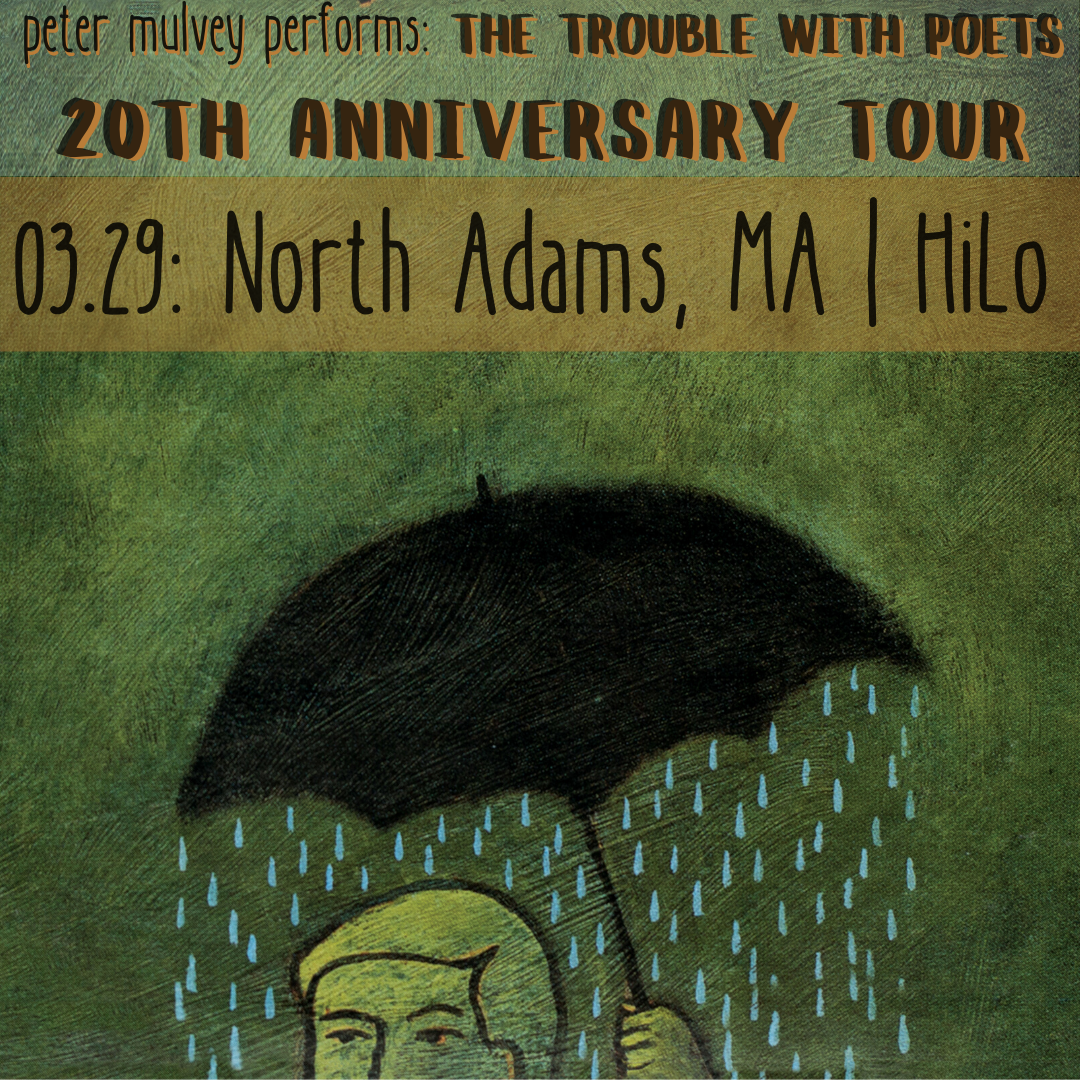 20 years after the release of Peter Mulvey's The Trouble with Poets, he's doing it again, and gracing the HiLo stage with these songs and others that you'll also enjoy.

20 years after the release of Peter Mulvey’s The Trouble with Poets, he’s doing it again, and gracing the HiLo stage with these songs and others that you’ll also enjoy. Come and hear this incredible album live – this show is not to be missed.

Peter Mulvey has been a songwriter, road-dog, raconteur and almost-poet since before he can remember. Raised working-class Catholic on the Northwest side of Milwaukee, he took a semester in Ireland, and immediately began cutting classes to busk on Grafton Street in Dublin and hitchhike through the country, finding whatever gigs he could. Back stateside, he spent a couple years gigging in the Midwest before lighting out for Boston, where he returned to busking (this time in the subway) and coffeehouses. Small shows led to larger shows, which eventually led to regional and then national and international touring. The wheels have not stopped since.

Eighteen records, one illustrated book, thousands of live performances, a TEDx talk, a decades-long association with the National Youth Science Camp, opening for luminaries such as Ani DiFranco, Emmylou Harris, and Chuck Prophet, appearances on NPR, an annual autumn tour by bicycle, emceeing festivals, hosting his own boutique festival (the Lamplighter Sessions, in Boston and Wisconsin)… Mulvey never stops. He has built his life’s work on collaboration and on an instinct for the eclectic and the vital. He folds everything he encounters into his work: poetry, social justice, scientific literacy, and a deeply abiding humanism are all on plain display in his art.