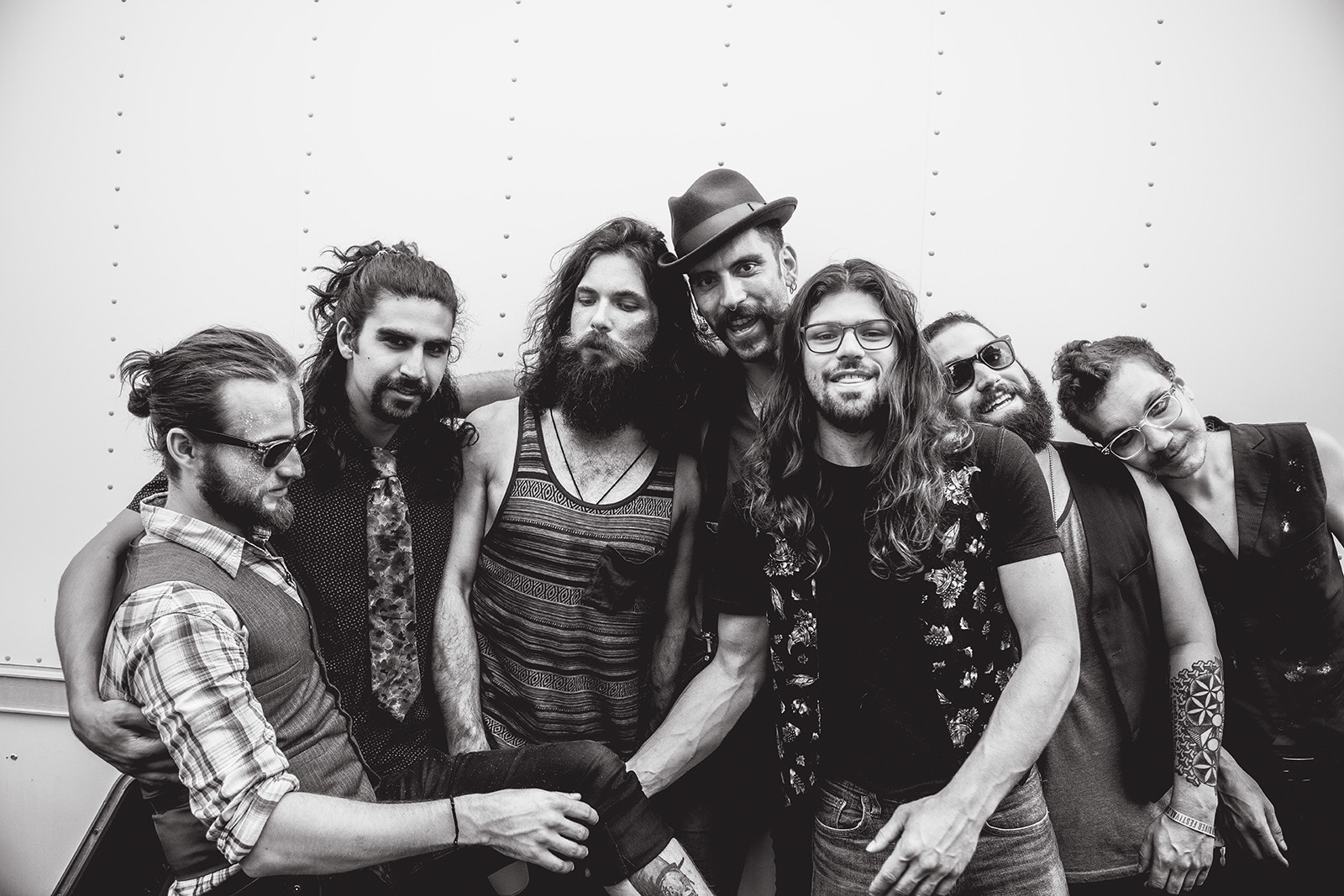 All little children grow up, one day - all except the bedazzled and glittered boys of Bella’s Bartok. Inspired by elements of Vaudeville, centuries of street performance, and

All little children grow up, one day – all except the bedazzled and glittered boys of Bella’s Bartok. Inspired by elements of Vaudeville, centuries of street performance, and an unyielding drive to promote camaraderie, Northampton, MA-based Bella’s Bartok delivers a passionate kaleidoscope of sound. The songs are born of Americana and folk music of their immigrant grandparents, blended with the joy of a particular brand of pop sensibility. Their performances are at once a primal stand against oppression and a declaration of joy in the face of adversity. From quiet reflections on loss, to the howl of justice in four-part harmony, Bella’s Bartok sonically and lyrically delivers a sweaty, soulful dance-party that is sure to leave the audience happily breathless.

Bella’s Bartok started in the dimly lit alleyways of Great Barrington, MA, Bella’s Bartok gradually evolved from street-punk performers to an electric, brass-filled, accordion-based spectacle that has continued to entertain audiences for nearly a decade. The line-up includes: Asher Putnam (Vocals, Bass, all-around entertainer), Dan Niederhauser (Guitar and Vocals), Amory Drennan (Trombone/Banjo and Vocals), Crisco (Drums/Percussion and Trumpet), Gershon Rosen (Trumpet), and Alex Kogut (Accordion, Keyboard). The band has shared the stage with musicians and acts such as Rubblebucket, Red Baraat, The Indigo Girls, Larry & His Flask, The Suitcase Junket, Parsonsfield, And the Kids, Kanye, Rough Francis, Beau Sasser’s Escape Plan, West End Blend, Adam Ezra Group, Meat Puppets, World Inferno/Friendship Society, Rupa & the April Fishes, Arc Iris, and many more. Find Bella’s Bartok on a variety of stages, at a myriad of festivals, or on the street across the continental United States. Audiences often pick up on the band’s main influences such as Frank Zappa, System of a Down, Tom Waits, and Oingo Boingo.

If you’ve never listened to Bella’s Bartok, stop what you’re doing right now. Run to the nearest computer and listen to their uproarious, joyful, eclectic sound. The band plays a mesmerizing mix of Eastern European, Americana, punk, and pop music. Their live shows are theatrical, “a mix of The Nightmare Before Christmas and the Rocky Horror Picture Show” says front man Asher Putnam. “We are the night and you are bound to boogie.” So, do yourself a favor, practice a little self care, throw your societal inhibitions to the wayside and let yourself get lost to the tune of Bella’s Bartok – before the tumult of daily life rears its ugly head once more. Floors may be broken, but hearts will be mended.